Here we are, 2009 and an exciting year ahead. Before we jump in on what your social media future holds, let’s take a quick look at where things stand with respect to social networking site traffic.

Last week, TechCrunch posted about the Top Social Media Sites of 2008. Not surprisingly, Facebook, MySpace, Flickr and WordPress were all included in the top 10 with Facebook taking second with 200 million unique visitors.

I was surprised to see sites such as hi5, Orkut and Six Apart rounding out the top 10. I’m personally only vaguely familiar with any of these sites, but it’s a good reminder of how many different social networking/blogging sites exist and are actively put to use on a daily basis.

Low and behold, Friendster cranked in at the number 11 slot with 31 million visitors. Wow, I’m amazed that site even still exists. Maybe it’s become the hipster version of social networking for those that are too cool to give in to Facebook.

Pulled from Techcrunch’s post above, here’s the full rundown on the Top 20 sites:

It’s also quite interesting to take a look back at TechCrunch’s 2007 analysis of the top social sites to see how things have changed.

So, with that in mind and a fresh year ahead, which social networking sites do you think will sneak into the Top 20 this year?

Additionally, which of the following social media tools do you plan to use the most in 2009? 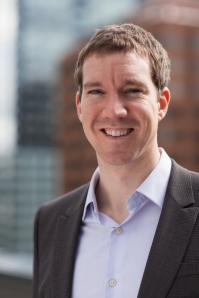